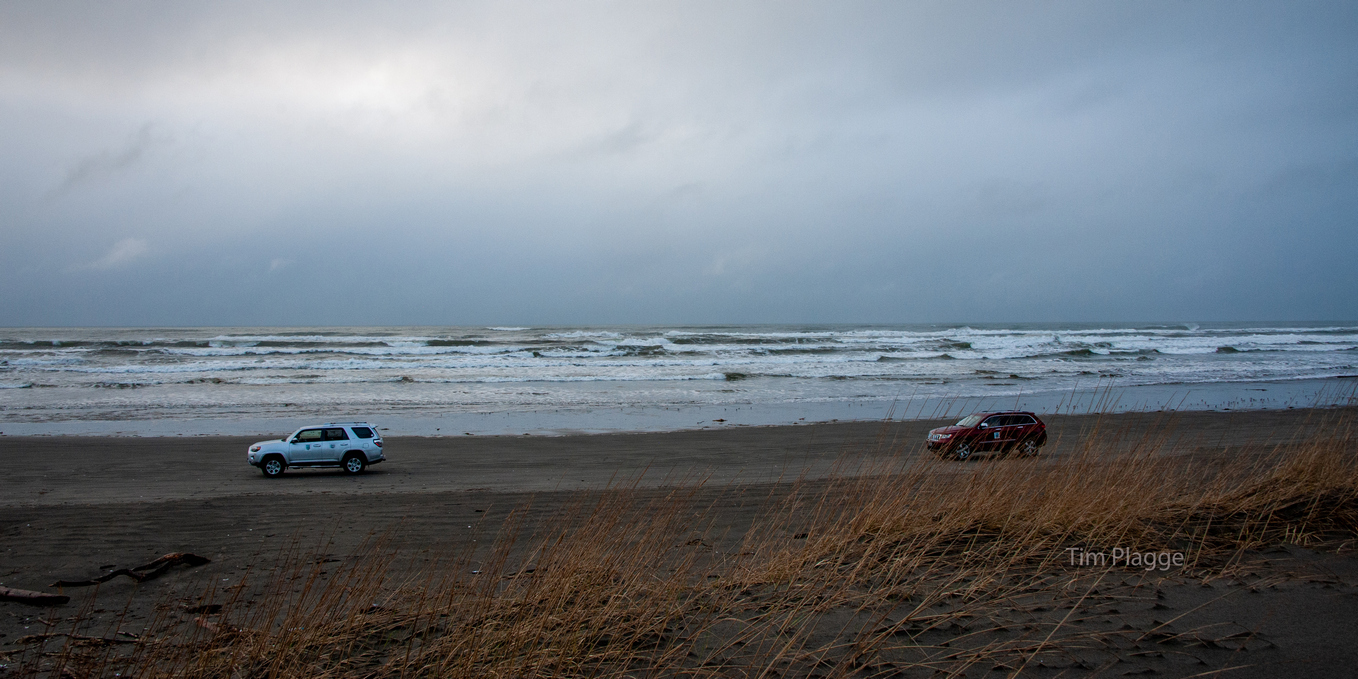 We document raptor use of coastal beaches – Ocean Shores, Grayland and Long Beach – in Washington through surveys by four-wheel-drive vehicle. We initiated the effort in 1995 and since then have completed more than 1,000 surveys through the years.

We classify our survey efforts as complete or incomplete. Complete Raptor Surveys make up over 70% of the total and are conducted under favorable driving and weather conditions when at least 70% of a study area beach can be surveyed. We use data collected from Complete Raptor Surveys to assess the frequency of occurrence raptors on our study beaches.

For these protocol-based Complete Raptor Surveys, we record all the raptors that we observe in three adjacent habitats: the beach, sand dunes and ocean (to 100 meters offshore). We document each raptor’s location, age, behavior, perch type (if perched!), and more.

Incomplete Raptor Surveys include those where raptor counts are not the research objective and situations where weather conditions are extreme (strong winds and/or heavy rains). The Pacific Northwest is well known for this kind of adverse weather, especially in winter.

Most of our Complete Raptor Surveys were conducted between 1995 and 2019. During that 24 year period, we made 5,532 observations of raptors on the study beaches. The species shown below – Bald Eagle, Peregrine Falcon, Northern Harrier and Merlin – comprised 97% of all sightings.

Among the raptors making up balance of our sightings were Turkey Vultures, Gyrfalcons and Snowy Owls. For more on the birds we see during surveys, go to The Birds.

We capture raptors for banding during both complete and incomplete surveys.

Peregrine Falcons are the main focus of our banding research. During surveys, 95% of the raptors that we’ve banded have been peregrines (239 birds). The photos below, by John Korvell and Chris Dysart, show the process. The featured surveyors include Suzy Whittey, Dan Miller (setting the table), Dan Varland (yellow hat) and Scott Ford (green hat).

The remaining 5% banded on surveys include Gyrfalcons, Merlins, Bald Eagles, and Rough-legged Hawks.

While we have raptors in hand, we collect feather samples and tissue samples to assess exposure to contaminants and disease pathogens. Many of the Peregrine Falcons that we band show year-to-year fidelity to the beach where they were banded or to another of our study beaches. We try to re-capture banded Peregrine Falcons each year to collect additional samples. This strategy provides an opportunity to monitor contaminant exposure in individuals through time; we have collected as many as six samples from the same peregrine.

We send samples to Washington State University and the University of Minnesota to test for Highly Pathogenic Avian Influenza (HPAI). To date all test results have been negative (whew!).

On January 9, 2016 Dan Varland traveled to Las Vegas, Nevada with 205 feathers from 151 Peregrine Falcons collected between 2001 and 2016. There Dan met with Nevada wildlife biologist Joe Barnes, an expert in research on mercury contamination in raptor feathers. Joe analyzed the samples in a lab at the University of Nevada, Los Vegas.

We published the results of this research in 2018 (see Mercury Contamination in Peregrine Falcons (Falco peregrinus) in coastal Washington, 2001-2016 on our Publications page).