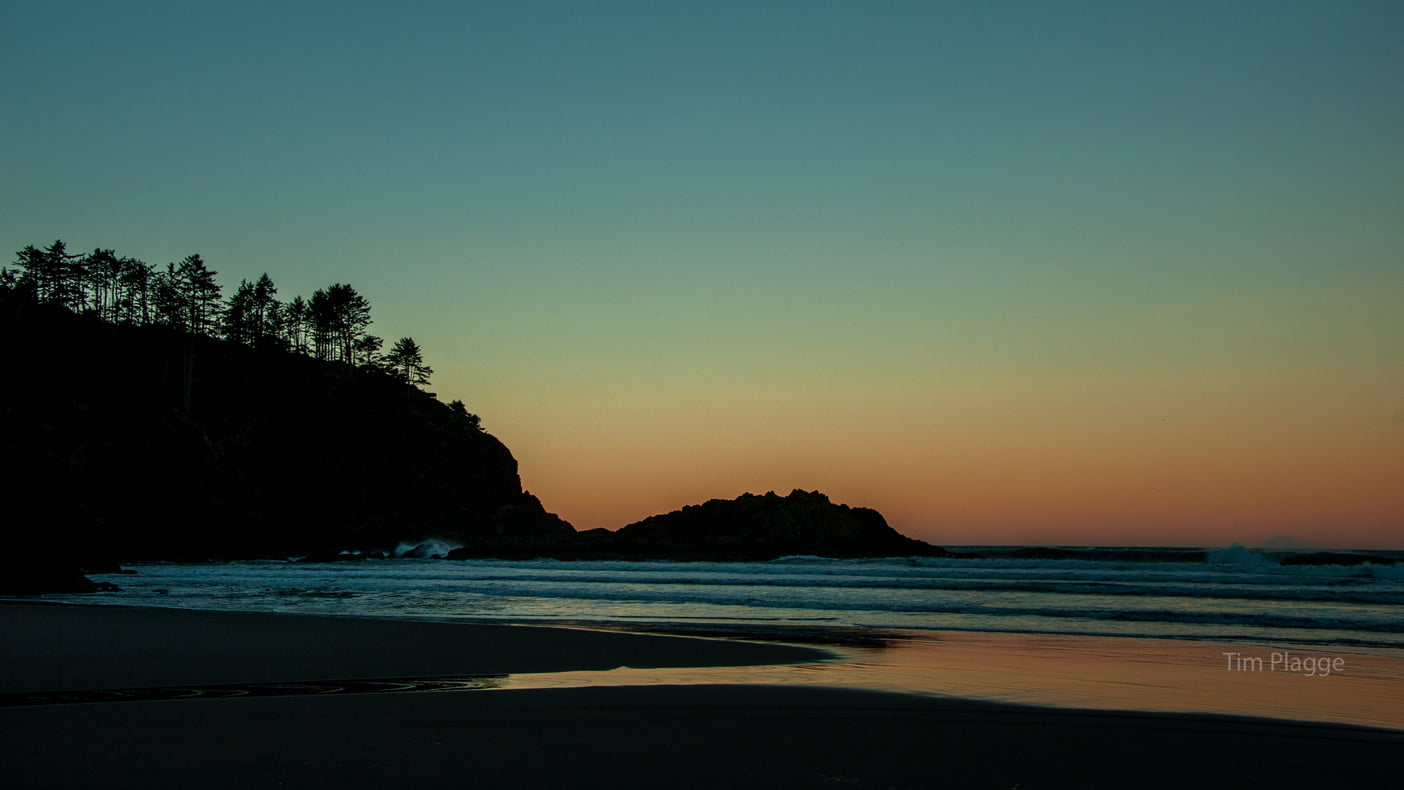 Bald Eagles, Common Ravens, a Turkey Vulture and a Red-tailed Hawk recorded during a series of 10-second videos taken by trail camera on March 28, 2022. Location: north side of Grays Harbor, three miles west of Hoquiam, Washington.

One of the ravens at the carcass is banded. The bands are visible 1 minute, 54 seconds into the video.

Coastal Raptors banded that raven on June 1, 2014 near a settling pond at the Hoquiam wastewater treatment plant (3 miles the southeast of the March 2022 location). He was at least one year of age in 2014 and so became at least nine years old during the spring of 2022.

This video of crows raiding a fisherman’s bait was created from a series of photos taken by Tom Rowley on May 5, 2015 north of Ocean Shores, Washington.

There have been 295 re-sightings of B/O as of August 10, 2022; all have been on the beach at Ocean Shores. These many re-sightings have been made in all seasons, indicating that B/O is in the area year-round.

Over the years, B/O has often spotted with a larger Bald Eagle, also in adult plumage. We’ve no doubt this is his mate.

First-year male Bald Eagle captured, banded and sampled for contaminants and disease for Coastal Raptors’ scavenger monitoring research north of Ocean Shores, Washington on February 27, 2014. Photos used to create this video were taken by Tom Rowley. The dark plumage, brown eyes and black beak indicate that this eagle was less than one year of age at the time we captured him.

R/O was re-sighted five times after banding. All re-sightings were made within one month of capture and within a few miles of the capture location.